Home to many of Silicon Valley’s finest, Old Palo Alto is the most prestigious and expensive neighborhoods in the area. Nestled between the Oregon Expressway, Alma Street, Middlefield Road, and Embarcadero, Old Palo Alto is idyllically central.  Its close proximity to downtown and the unique boutiques and stellar restaurants on California Avenue, in collaboration with its historical charm and diverse architecture, brand this neighborhood a highly desirable place to live.

Along the picturesque tree-lined streets sit larger sized lots with a range of residential styles including Craftsman, Victorian, and Mediterranean. Many of the homes were originally built in the 1920s and 30s. Because Old Palo Alto is out of the flood zone, a lot of new construction has been taking place. As such, the neighborhood boasts an eclectic mix of modernity while still retaining its sense of historicity. 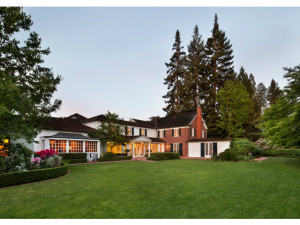 Speaking of history, one of the landmarks of Old Palo Alto is the Gamble Garden Center. The Georgian revival Gamble House was originally built in 1902 by Edwin Gamble, son of Proctor & Gamble founder James Gamble. Although the three story house was an impressive feat unto itself, the real celebrities of the property were the expansive gardens. These were lovingly cared for by Edwin’s daughter, Elizabeth Gamble, until 1970 when she gifted the estate to Palo Alto. Since then the scenic gardens full of irises, roses, a rare Chinese chestnut tree, among other botanic beauties, have been preserved as a horticultural foundation. Residents can escape the hustle and bustle of the Valley and take a moment or two amongst the gardens or the carriage house in the back.

In addition to the Gamble estate, there’s also Bowden Park with its two play structures for young children and grassy picnic areas. You can also walk through the tunnel under the train tracks to get to the CalTrain station. This activity is always a winner with young children who love trains! When they’re not playing at the park or riding their bikes on the serene neighborhood streets, children of Old Palo Alto attend Walter Hays Elementary, Jordan Middle School, and Palo Alto High School.

If you’re looking for a pristine neighborhood intertwined with culture, historical charm, and nearby conveniences, then Old Palo Alto is perfect for you.